The truth is out and WOW SK Khoza never cease to amaze us as what we see on our TV screens when watching him play the role of Shaka on The Queen is what those around him in real life actually get to witness and experience. While he has Harriet to tame him on screens the same can’t be said about real life.

As SurgeZirc SA previously reported after SK made his ex-fiancee the Lord Of The Rings by wearing that ring for far too long she decided to call it to quit. But.. a big BUT there… that’s wasn’t the only thing that made her quit.

The actor broke her spirit to an extent that she almost got depressed and broke down. A source close to the actor spoke to SurgeZirc SA exclusively spilling all the juicy details… hmmmm… actually not so juicy because come to think of it, it’s actually heartbreaking.

The source unpacked the misery that Ayanda Hlongwane who was engaged to the actor went through. SK Khoza currently has a four-month-old baby boy with a lady who he was cheating with while in a relationship with Ayanda.

The Queen actor double-dated these two ladies and the model whose name is Kate knew about Ayanda before coming into the pic. Ayanda only got to hear about the model being in the actor’s life when she was tagged by people that know her on social media.

Kate posted a pic of herself wearing SK Khoza’s sweater and according to the source, SK is one of the limited people who own the sweater. “You see this red sweater only belongs to SK and when she posted it a lot of people alerted Ayanda. They were tagging her to come and see the pic. And immediately she saw it, she knew her man has been messing around again,” the source said.

Here’s the pic that brewed all trouble! 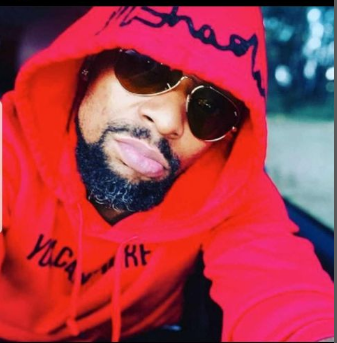 Yeyi! Guys now it’s not only Jub Jub that you have to fear when cheating… Social media detectives are always on the look.

But as for this story, it continues… check back later!