Home Lifestyle Out In The Cold! Minnie Dlamini Confirms She Regrets Her Divorce

Minnie Dlamini has been through a lot of life experiences over the past few months and it sounds like she’s regretting some of her actions.

So earlier this year South Africa was hit by a bombshell when the TV presenter announced that she and her husband, Quinton Jones were getting a divorce. It came as a surprise since we all witnessed the two having a lavish wedding and declaring their alleged undying love for each other which has since vanished into thin air.

But we’re not there for now. Let’s talk about her most recent post, Minnie took to her Instagram stories to complain about how cold it was, and not only that she also went on to warn her followers not to divorce.

She made it sound like a joke, but we know that reality has kicked in and she might be regretting the widely published divorce. “It is very cold. Don’t get divorced people. See now I’m struggling,” Minnie wrote.

YOU MAY ALSO LIKE: Hungani And Stephanie Ndlovu Reveal They Suffered A Painful Miscarriage

Well, let’s have a look at her post below: 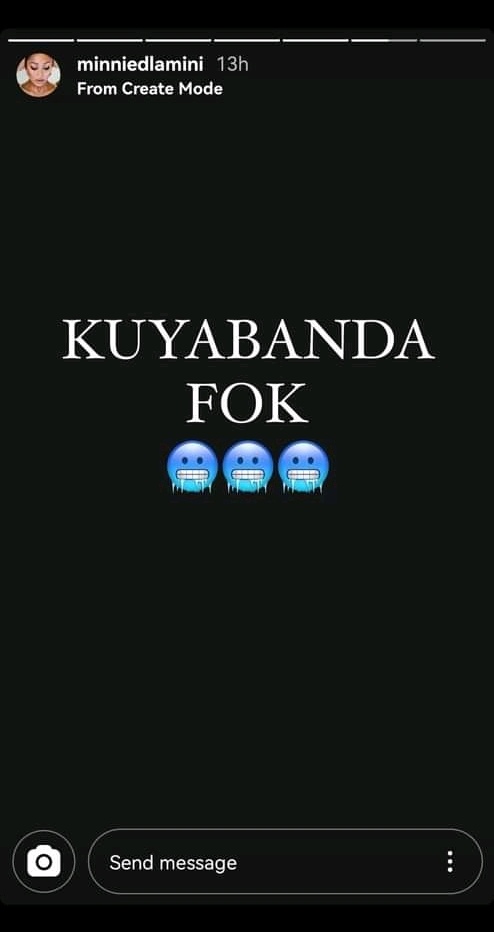 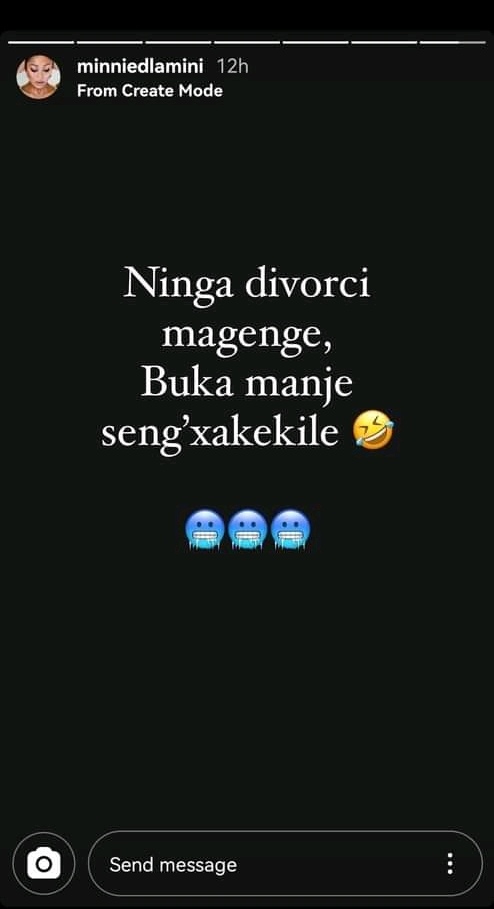 Malema: “Under The EFF There Will Never Be A Shack”

East London Community Calls For Tavern’s Licence To Be Revoked ...

Add
When you use our website, we share information that we collect from you, such as your email (in hashed form), IP address or information about your browser or operating system, with our partner/service provider, LiveRamp Inc. LiveRamp returns an online identification code that we may store in our first-party cookie for our use in online and cross-channel advertising and it may be shared with advertising companies to enable interest-based and targeted advertising. To opt out of this use, please click here (https://optout.liveramp.com/opt_out).AcceptPrivacy policy