It is getting closer to the end of the year and vandalism seem to be on the rise. Social media enthusiast and SA star, Lasizwe’s late dad is one of the latest victims as his business gets vandalised.

YOU MAY ALSO LIKE: DJ Melzi Appreciates Fans After Bagging First Award At 19

YouTube sensation Lasizwe Dambuza lost his father Menzi Mcunu last year in September which was very devastating for him.

Lasizwe’s dad,  Menzi was a businessman who owned his very own shop at a Shell Garage petrol station in Dobsonville. It appears that since his passing, the store has been neglected by Menzi’s children and has now become an attraction for criminals.

The Drink Or Tell The truth host was alerted by people in the community via Twitter that the store has had a lot of criminal activity. The store was recently stripped of valuables by looters who broke in and completely trashed the place over the weekend. Lasizwe shared a screenshot of the roughed up store, sharing how heartbroken he is by the incident.

YOU MAY ALSO LIKE: Eskom Begins Load Shedding From Tuesday To Saturday

Social media users responded critically to the news claiming that Menzi’s legacy died with him because his kids have no interest in carrying on the business. Tweeps shared their disappointment with Dambuza and his siblings for completely abandoning their father’s business and focusing on other things. 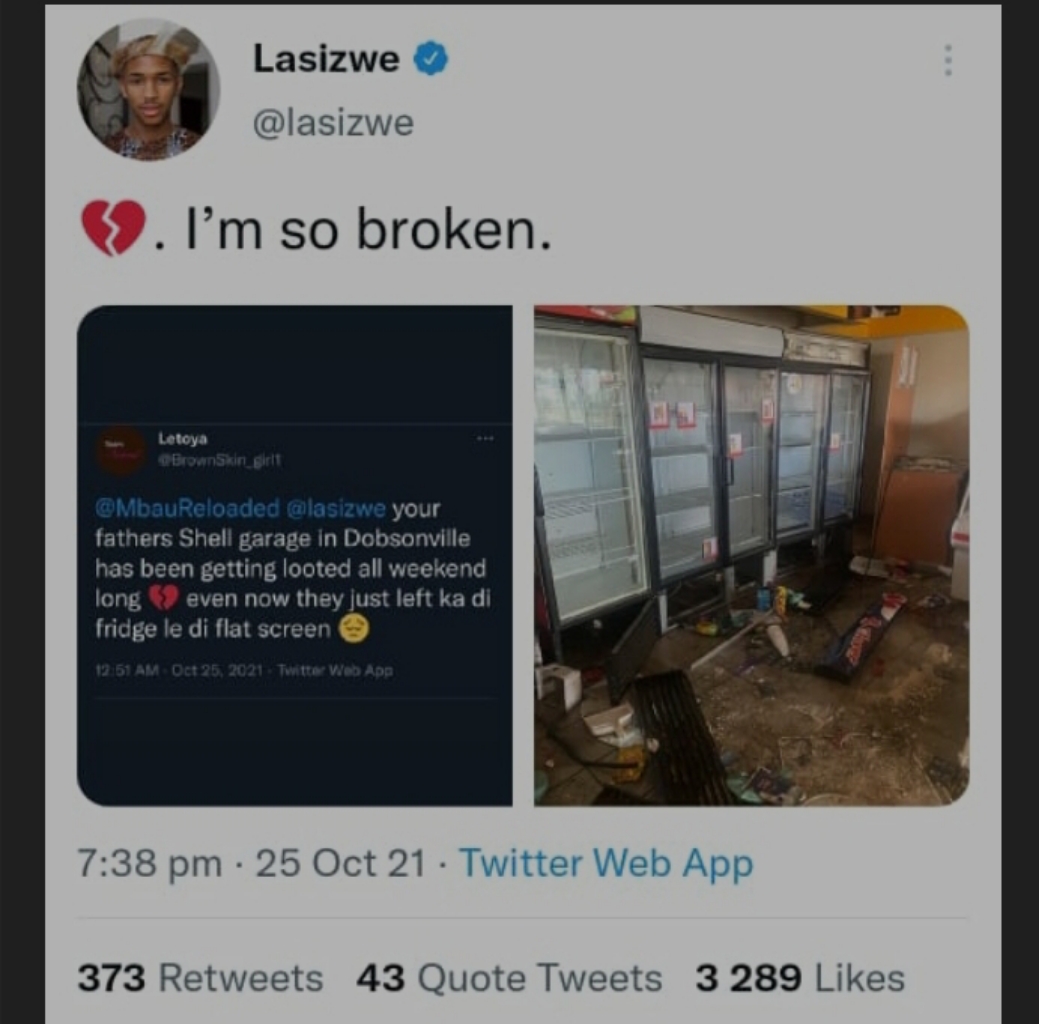 Lasizwe has since deleted the tweets for reason known to him but encouraging messages are still pouring in for him.

“It is scary how people are fine with looting, whether the business was or wasn’t operating… It is not okay to normalize looting” Lasizwe says.

This is really sad, you would think and wish that another man’s success is to inspire you to do better but this here just shows that people would rather bring you down instead of developing themselves 🥺💔 Why have we lost our humanity 💔@lasizwe You’ll be okay ❤️ https://t.co/JdZhGXZIr3