There may have been more to the story about Enhle Mbali still sporting her wedding ring — at least, according to those who follow her closely.

Turns out the momma is just trying to make herself feel better and not feel like she has lost it all. The actress was spotted adorning the wedding in one of her Instagram pics. The comments section flooded as fans discussed that she was too scared of letting go.

“So glad u still hv your ring on,” said one fan who believed that Enhle and Black Coffee can still mend their broken relationship.

The actress replied by saying it wasn’t exactly what they’re thinking, it was far more complicated. Another didn’t mince her words and told her straight that they’d remain hopeful.

Well, as the comments were coming in it got tougher, with the ones who claim to know what was actually going on saying: “Oh well be careful of pleasing masses and proving a point, at the end uzoba uyione ubroke.balomona labo abathi tshiya indoda bafuna uhlupheke” which loosely translates to Becareful of trying to please the masses and proving a point, at the end, you’ll be lonely and broke. Most of these people are jealous which is why they’re trying hard to convince you to leave your husband so you can suffer.

Another excitedly said that they might be pulling and Kim Kardashian and Kanye West stunt on us.

You know we can’t wrap it up without having those nasty ones in the comments, right? For this round a comment from Shikhangele did for us she wrote: “Who marries herself …She needs to put her big girl panties and choose wisely. It’s cold in the poverty street🤞🏾especially if one can sort issues.Unless her marriage issues can not be reconciled.I feel for her in a sisterly way…might be wrong” 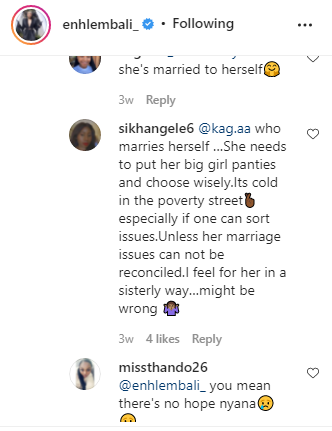 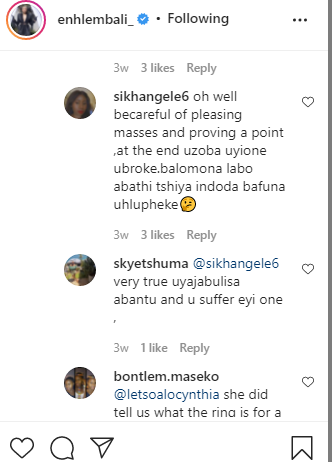 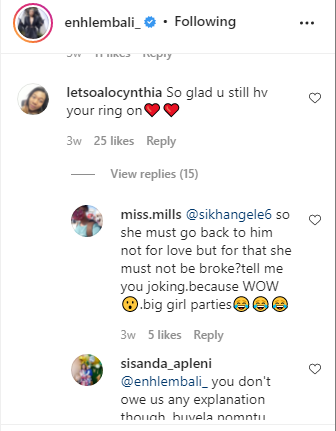 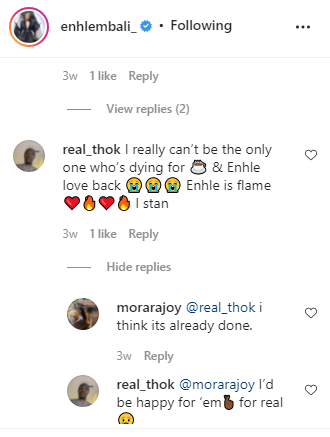 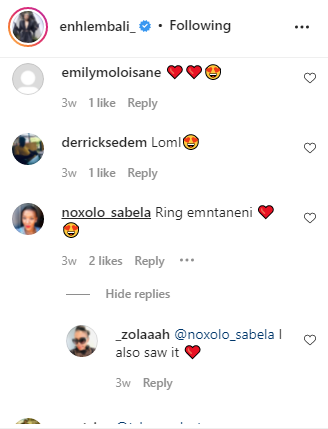 Free State Man Stabs Dad To Death For A Piece Of...

“I Worked At Debonairs” Zenande Mfenyana Reveals Her First Job

Tumi Morake And Mpho Osei-Tutu Are Stronger Than Ever Celebrating Their...

Kelly Khumalo May Be Charged With Senzo Meyiwa’s Murder And Defeating...

EFF Calls On Arts And Culture Dep To Account For R1m...