Home Entertainment Dr Musa Claps Back Hard After Being Dragged For “Loving His Wife...

Don’t mess with Dr Musa! The TV personality made his thoughts known on Wednesday, firing back fiery public tweets after social media users called him out for boldly and proudly loving his wife.

The 31-year-old and former Miss South Africa Liesl Laurie-Mthombeni have been married for about a month and he’s always gushing over his wife whenever he gets the chance.

Dr Musa, like any other couple in the spotlight, is constantly subjected to hate-filled attacks from tweeps, rather than basking in matrimonial bliss and being able to love his wife loudly on social media. Here’s what the trolls said about the cute couple:

Of cause fragile masculinity is going to have a problem with the way Dr Musa loves his wife of cause 🙄🙄 “how dare a black man loves his wife so loud such a disgrace” https://t.co/McVdTlafNP

This time the medical doctor has heard enough of the trolls and came out to shut down the noise after topping the Twitter trends list on Wednesday. He tweeted that men should stop fearing or hiding their displays of love out of fear of the woman may leave them. 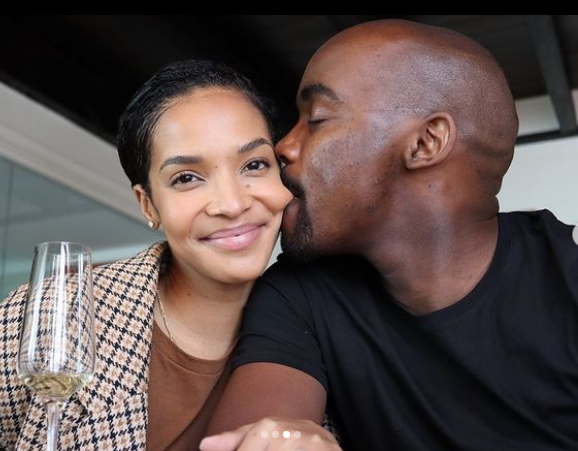 He then went on to blasts the trolls saying he smelled “smol boy” energy from them. “To those that believe that love is Depriving your partner of affection because “ women will get a big head” and then leave you.. Really? This is the highest level of Smol boy energy I’ve ever heard of. Surely, this is not the reason. Surely!!” he wrote.

To those that believe that love is Depriving your partner of affection because “ women will get a big head” and then leave you..

This is the highest level of Smol boy energy I’ve ever heard of.

Surely, this is not the reason. Surely!!

These troll accounts need to be stopped. Fake news accounts are the worst.

Thabsie Says Video Of Her Smoking Hubbly Was “Just A Joke”

Investigations Under Way After A Woman Falls To Death Her Death...

You Can Now Report Potholes On Joburg’s Roads Via WhatsApp