Just a few weeks after Somizi left the singing competition’s judging panel, he and Unathi are no longer even speaking. Following the announcement that R. Kelly had been found guilty on all counts in his sex-trafficking trial, the radio host took to Instagram to warn her friends. “To ALL my friends who think you’re going to CONTINUE playing R Kelly in my presence.

“TODAY IT STOPS. No more philosophical B*LL SHIT about you separating the genius from the MONSTER.

“It STOPS TODAY HMKAY……unless you LOVE being a trigger,” she said in a caption accompanied by a picture of R Kelly.

Some of the star’s fans were outraged by the post, accusing her of having double standards and being a hypocrite. One user went on to question the Idols SA judge about how she could still be friends with DJ Fresh and Euphonik after they were accused of rape, as well as Somizi, who was accused of abuse by his estranged husband, Mohale Motaung.

READ MORE: Dr Musa Claps Back Hard After Being Dragged For “Loving His Wife Too Much”

Unathi responded by saying that she wasn’t their friend. She also went on explaining to people who asked her the same question, emphasizing that they weren’t friends. One Instagram user even asked if she knew Jub Jub, to which she replied that she didn’t. 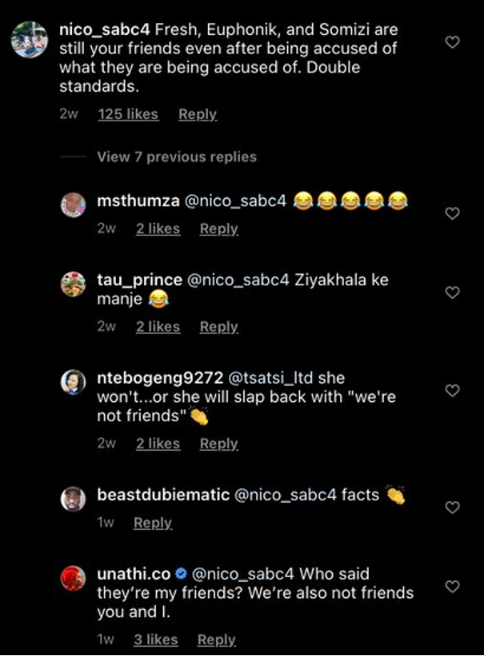 As with any celeb breakup, things are pretty awkward between the two. We also understand that the two have also unfollowed each other on Instagram. 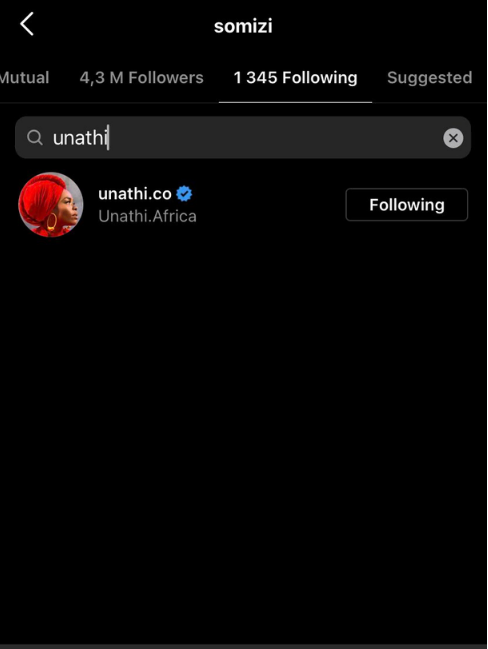 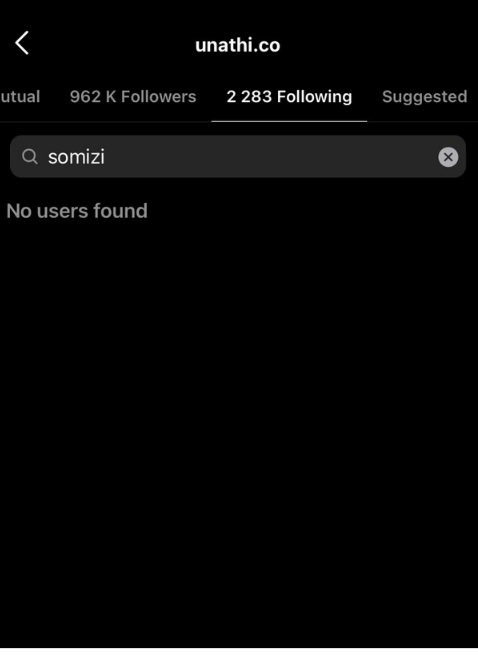 Well there you have she didn’t just unfollow her Idols SA buddy on the social media app, she’s also unfriended him in real life!

The duo, who worked together on “Idols SA” before Somizi stepped down as a judge a few weeks ago, would frequently post videos and images of themselves while working together and would be seen out socially together. MultiChoice announced in August that Somizi would no longer appear on the current season of “Idols SA.” This comes after Mohale levelled abuse allegations against him.

Tumi Morake And Mpho Osei-Tutu Are Stronger Than Ever Celebrating Their...

Kelly Khumalo May Be Charged With Senzo Meyiwa’s Murder And Defeating...

EFF Calls On Arts And Culture Dep To Account For R1m...

Woman Jumps To Her Death At Sandton City Mall