The COVID-19 lockdown has left a lot of celebrities around the world struggling to make ends meet and had to seek alternative means to make a living. With Somizi it’s even worse as he has been hit by two pandemics, the Mohale pandemic and the one that we are all facing. He has been trying very hard to venture into something new. But this time it seems like he has made a horrible choice and has put his fans at risk of being scammed.

This comes after the Idols SA judge introduced to his 4.1 million Instagram followers a man who is known as a fake billionaire who has allegedly scammed thousands of people. Somizi’s new business partner previously claimed to be South Africa’s “youngest billionaire” and a mining tycoon with close ties to President Cyril Ramaphosa, however, various reports
confirmed that he had lied about his business holdings in the mining sector.

On Friday, the star shocked almost everyone as he showcased the “fake billionaire” Mandla Lamba – who he addressed as “doctor”, despite Lamba’s claim to a doctorate long having been discredited. In a broadcast Lamba was offering a “special” on shares in his company.

It doesn’t end there Somizi and his business partner also promised high returns. You can check out the posts below:

It didn’t take long before Somizi’s fans sparked, a lot of them warned others not to invest and called Mandla a conman. 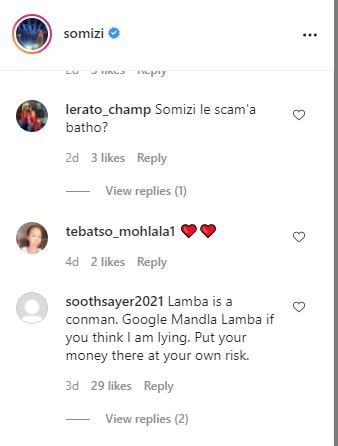 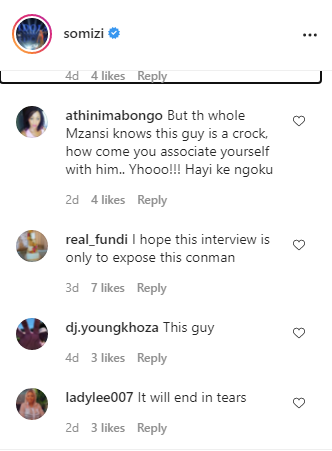 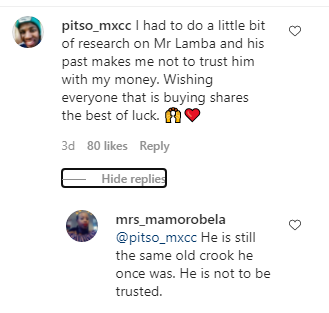 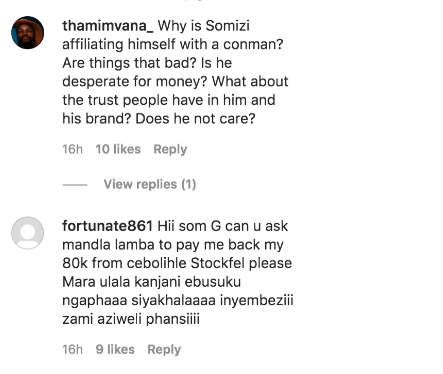 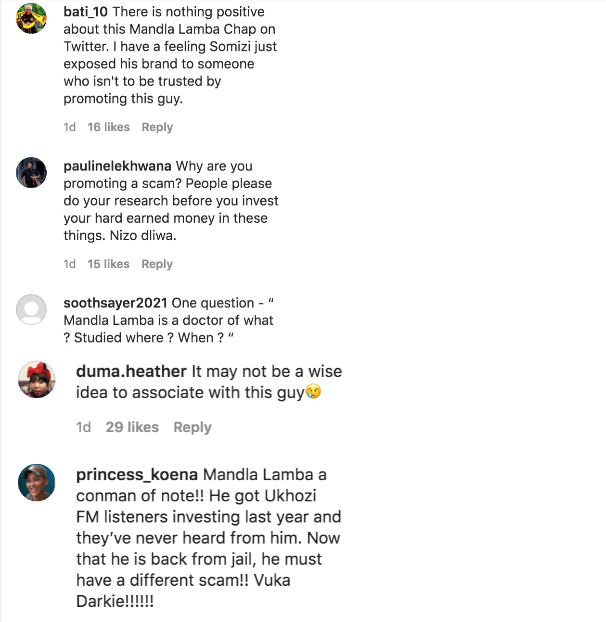 Influencers are the next dangerous people. They serve with hunger and eager to be wealthy fast.

Heeee bannaaaa, so Mandla Lamba resurface with another venture and roped in Somizi to his scheme. Kanti when was he released from the crossbar hotel? I see he’s milking these interviews. Let me watch from the touch line, ngathi kusa zoba lit 🔥 ku le ndaba

Why is Mandla Lamba still referring to himself as a DR? he still maintains his story of acquiring 3 doctorates at 23 #Somizi pic.twitter.com/KhDHAukLW5

Has Somizi forgotten who Mandla Lamba is

It Is Our Job To ‘Police’ IEC – Steenhuisen

Minnie Dlamini Jones Honours Her Brother On Third Anniversary Of His...

Gigi Lamayne Blesses Herself With A Fourth Ride

Mantashe Remembers Jackson Mthembu As A Reliable Ally, Always At The...