Home Entertainment “AKA Is Aware Of What Killed Nelli, She’s Now A Demon”: Lady...

The country came to standstill after hearing the news of Nelli Tembe’s sudden death. It broke the heart of many as they were all, maybe not all, but a good number of SAns were looking forward to seeing her walking down the aisle with AKA.

Details around her death have been very sketchy but what we know for sure is witnesses at the hotel described hearing a scream on Sunday morning, followed by a “loud doef” sound. They said they had also heard a man shouting.

Paramedics said they had been dispatched to the scene after being told a young woman “fell” to her death. “She was in a critical condition and they started a full life-support resuscitation. Unfortunately, her injuries were too severe and she was declared deceased,” said Netcare 911 spokesperson Shawn Herbst.

However, as the country was still talking about her death a certain lady who has been very vocal about AKA and Nelli’s relationship made shocking revelations. She took to Twitter to claim that the rapper knew what happened to his partner.

“Nelli Tembe was killed because of certain duties that needed to be accomplished in the dark Kingdom. AKA is aware of what killed Nelli. She’s now a demon. She will not be able to enter the kingdom of God. She’s about to wait in Hades for judgment day,” the lady with the Twitter handle @PreshieZo wrote.

Nelli Tembe was killed because of certain duties that needed to be accomplished in the dark Kingdom. AKA is aware of what killed Nelli. She’s now a demon. She will not be able to enter the kingdom of God. She’s about to wait in Hades for judgment day.

Following the allegations the lady made, it appeared that this wasn’t the first time she wrote about this and linking them to the dark world. On the day AKA paid lobola she made claims that there was satanism involved. 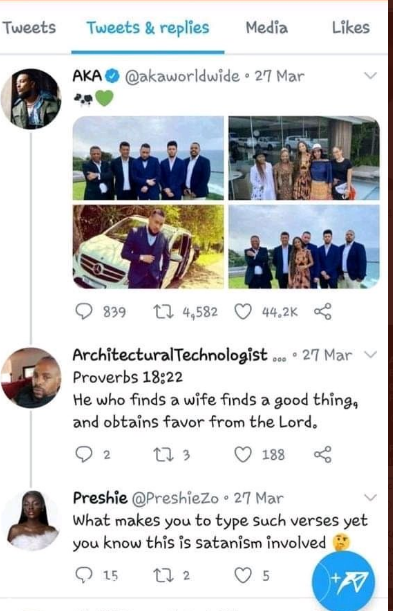 Again her comments were seen under their engagement post where she wrote that their engagement ring was a covenant between AKA, Nelli and the devil. She also gave the rapper four years to prove her wrong. 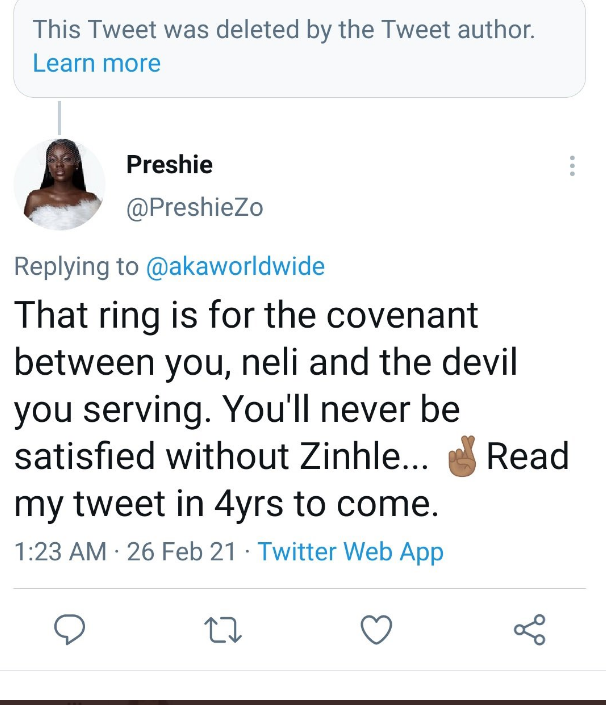 And the last statement which got most people shook thinking if there was some truth in what she was saying was the one made in December 2020. The same Twitter user wrote that Nelli was the next history in the making. 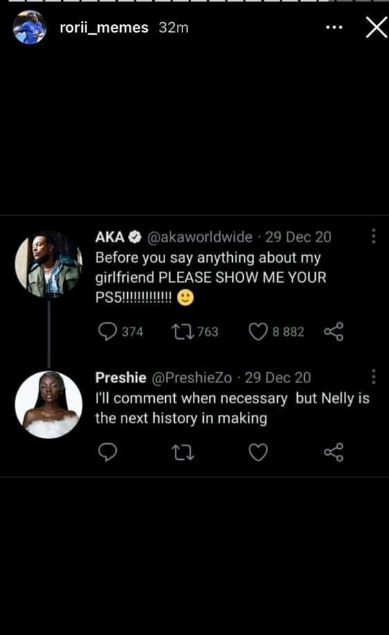 However, none of these allegations has been proven beyond a reasonable doubt.

ABOUT US
SurgeZirc SA is the South African edition of the SurgeZirc global multimedia blogging company which publishes news, politics, entertainment, lifestyle, sports and technology.
FOLLOW US
© 2021 SurgeZirc SA a member of SurgeZirc Media / by Lens Tech Inc.
wpDiscuz
0
0
Would love your thoughts, please comment.x
()
x
| Reply
When you use our website, we share information that we collect from you, such as your email (in hashed form), IP address or information about your browser or operating system, with our partner/service provider, LiveRamp Inc. LiveRamp returns an online identification code that we may store in our first-party cookie for our use in online and cross-channel advertising and it may be shared with advertising companies to enable interest-based and targeted advertising. To opt out of this use, please click here (https://optout.liveramp.com/opt_out).AcceptPrivacy policy