Should we tell Khanyi Mbau now… or leave her to enjoy it while it lasts? The star who was previously dating Tebogo Marole is currently giving him chest pains as she has upgraded to where riches are.  According to Zimbabwe publications Kudzai Terrence Mushonga is a known fraudster who is currently on the run.

The two were friends before casually dating 2 months ago, just two months and Khanyi is on cloud nine as she never resists posting about him in fact her social media timeline is filled with pics of them together.

Which is not suprising as we know that mommy here is a true lover, we’ve witnessed it with her former lover Tebogo. Our problem is sis might get implicated in his deeds or even dump her as he dumped the lady by the name of Ntokozo which he used to refer to as his wife.

You might be wondering how Khanyi might be implicated well reports from Zimbabwe have pointed out that Mushonga is a fugitive. According to reports, Mushonga is on the run from Zimbabwean authorities after operating a shady airline and defrauding a millionaire of over R2.4 million five years ago.

We all still surprised by the news and we’re patiently waiting for what the end result will be. It might end up messy but for now, let’s just wash our eyes with the videos and pics that the actress has been serving us with. 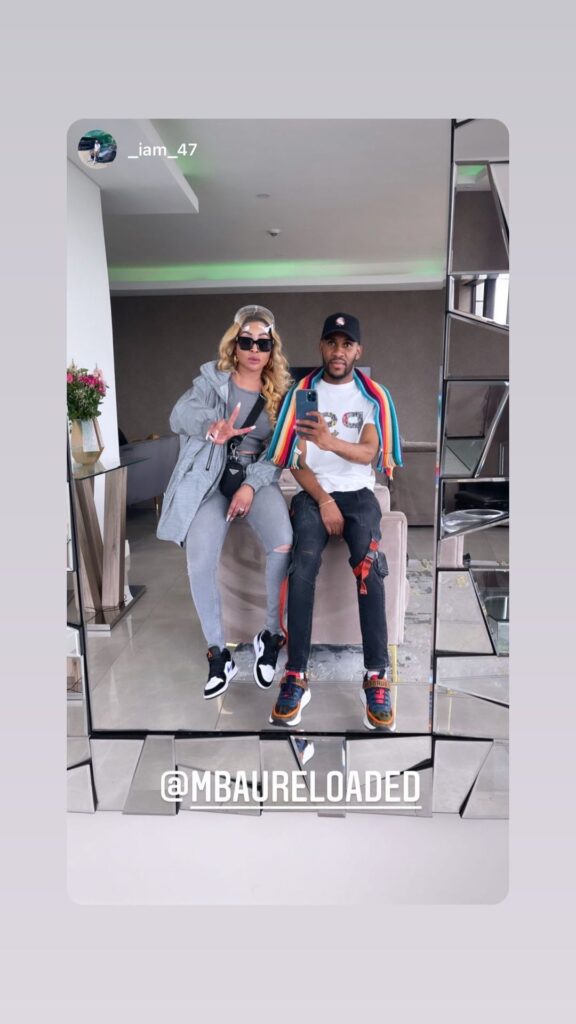 Mixed Reactions After Mac G Claims Boity Has Slept With Everyone...

Family In Agony As Mom And Uncle Kill Two-Year-Old Daughter For...

Zikhona Sodlaka Welcomes Her First Child At The Age Of 35

Nigerian Pastor, TB Joushua, Cries Out After YouTube Blocks Him For...

The EFF Notes The Government Announcement To Re-Open Economy