Home News Bill Gates: “It’s Not Too Early To Think About The Next Pandemic”

The Bill and Melinda Gates Foundation said on Tuesday night that everyone across the globe deserved to benefit from the scientific developments of 2020, adding that it was not too early to think about the next pandemic.

In their latest annual letter released on Wednesday titled “The Year Global Health Went Local”, the billionaire couple said through their non-governmental organisation that innovations to fight the deadly pandemic would soon have a positive impact. The letter reflected on the funding projects it was involved with, as well as a view on how the business mogul and his wife would like to see the current global crisis addressed. 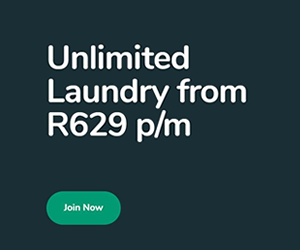 The Microsoft co-founder warned that access to vaccines would prevent new coronavirus clusters from breaking out, saying that until the vaccines reached everyone, we would still face problems with the pandemic.

The world has been in a race to get people inoculated against COVID-19, with African countries yet to join the rolling out of the vaccine.

President Cyril Ramaphosa, at a virtual World Economic Forum gathering on Tuesday, called on countries “hoarding” COVID-19 vaccines to release them to their poorer counterparts. He complained that some of the rich countries acquired far more vaccines than needed and were holding onto the access doses, underscoring that it did not mean poorer countries should receive vaccines for free.

According to Johns Hopkins University, more than 2,1 million COVID-19 patients died and over 100 million people across the globe contracted the coronavirus. During a briefing of the annual statement, Bill Gates said the coronavirus pandemic has cost the world an estimated US$28 trillion.

Gates said key steps in the global vaccine rollout involved securing more approval and scaling up production and again assured the world his foundation was at the forefront of helping developing countries get access to COVID-19 vaccines.

Gates hoped vaccine production, particularly in India, could be expanded over the next few months.

“The first two vaccines that were approved were fairly costly to make and hard to scale up. They’re very good vaccines, Pfizer and Moderna, but it’s the next three, including Johnson & Johson, AstraZeneca and Novavax, that will give us the highest volumes, the ease of scaling and the thermal stability,” he said. The Pfizer and Moderna vaccines need to be kept at extremely low temperatures, posing a cost and feasibility problem for states in the hot climate of Africa.

He said there was a specific focus on the effects of the pandemic in the developing world. “In Africa, of course, the epidemic itself in a direct sense has been worst in South Africa. The rest of Africa, with a few exceptions, it hasn’t been super bad… the economic effects are there and any loss of life is really terrible,” he said.

Last week, the World Health Organization said the majority of African countries were lagging behind when it came to submitting their vaccine rollout plans.

Gates also stressed the importance of countries keeping up with developments in public healthcare. “Africa learnt a lot in its fights against Ebola and polio. A lot of resources and infrastructure that was developed from those things have been helpful in COVID-19 and it just points out that we need to invest more in those, even for the times when there’s not a pandemic,” he added.

Gates added that since coronavirus, “the world now understands how seriously we should take pandemics”. “We have to make sure we take the lessons from the pandemic and we make sure we’re ready for the next one to come. We should also dedicate more resources to public health.”

The Bill and Melinda Gates Foundation committed $1.75 billion in the fight against COVID-19, which extended to support for the development and fair distribution of COVID-19 vaccines and treatments.

Gates also highlighted some significant victories in the fight against the COVID-19 pandemic, despite the disease’s destructive impact.

“Fortunately, there is an end in sight. Through great scientific work, many vaccines are becoming available, and that’ll mean over the course of the year the numbers will start to go down. Certainly, by some time next year, I believe we’ll be able to say we’ll be largely back to normal,” Gates said.

Gates also spoke to the dangers of fake news, saying it would be a shame if the virus maintained its devastating hold on countries as a result of baseless views from anti-vaxxers’ views and conspiracy theorists. Gates himself was vaccinated with the Moderna jab last week.