It has been hectic between Kim Kholiwe being a new mom, Londie London close to holding her baby and rumours that the two were having babies for the same man (Hlubi Nkosi). And now, we’ve finally gotten the chance to hear it all from the horse’s mouth.

South Africa is a very small country and wealthy businessmen are very rare to find so slay queens like Londie and Kim who want soft life end up settling for the same man. If they’re not dating him at the same time, they wait for him to dump the other one so they can enjoy their turn freely. 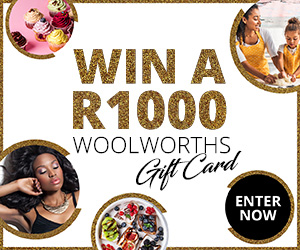 In this case, however, Londie was the one who saw the lucky fish first. But then things turned sour and Hlubi moved on with Kim. The lady who is also a musician couldn’t bear seeing her ex-lover with a slay queen that she knows better. Out of pain and misery, she took to Instagram to voice out her frustrations.

Posting a video where she was firing shots at Kim and feeling sorry for Hlubi for exposing himself to what she called a ‘mkhaba (big belly) and thighs that don’t have a gap’. No one knows how far things went between Hlubi and Faith Nketsi’s bestie.

However, last year we learnt that Hlubi has paid lobola for Londie London and she has since moved in with him. He also forced her to remove all the revealing pics on social media. A few months after that she revealed that she was pregnant.

Kim was also forced to remove revealing pics from Instagram by her man who had also impregnated her. Rumours had it that she too was actually carrying Hlubi’s baby. But now Hlubi’s wife to be has denied the claims on Instagram during a Q&A session.

When Londie was asked if she and Kim share the same baby she said the rumours weren’t true.

SurgeZirc readers, are you convinced? Sound off in the comment box below?

The River Actor Presley Chweneyagae Arrested For Beating Up His Wife

Siblings Arrested For Setting Their Father’s Body Alight During Funeral