South Africans will teach you how to be humble if you don’t believe it then ask Pearl Thusi who was taught an excellent lesson by her followers.

If you follow the Queen Sono actress on social media you would have realised that she used to spend more than half of her time there dragging her followers. If she wasn’t insulting them by their mothers then she’d use their financial status to drag them. 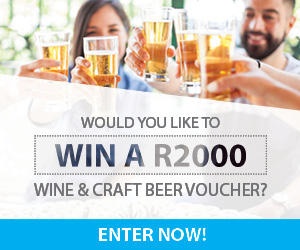 Pearl used to use words like “tshela unyoko”(tell your mom), “I blame unyoko”, “broke ass nigga”, etc on her followers. However, the dagger she was using turned against her last week when she started circulating a petition for Netflix to bring Queen Sono back.

More than half of social media followers refused to sign the petition reminding her of the level of disrespect they endured from her rude tongue. Some went as far as saying they wanted to prove to her that they were the ones who made her without a good number of followers she wouldn’t have been where she is now.

The bashing took days and they also started a petition for Queen Sono to be removed from the Netflix archives. At this point, the actress knew she deep sh*t and had to turn away from her wrongs.

Not only that she went to bang 💦 his best friend in Sport Robert Marawa who is 15 years older than her. Sathula siyi Cowntry pic.twitter.com/DAl7NuRyPD

Sis quickly made a U-Turn and started being nice to followers, sucking up to them. Greeting them in the morning and trying to have civilised conversations with them. However, some are still not buying her idea of being nice.

Let’s just hope Pearl will be able to bounce back from this one and that she’s really learnt her lesson…. If not we might kiss our darling Pearl Thusi’s career goodbye and by then Nigerians who she strongly depends on might also give her a boot. Check out the reactions that she has been getting despite trying to be nice.

You know I used to love you, but because of Twitter influence I love you no more, I know you don’t lose a thing from my dislike, but it’s over Pearl, I dump you!

Is About To Be A Month Since You’re Not Tweeting “UNyoko” pic.twitter.com/p7OyfTuvz3

Sassa Demands Bathabile Dlamini To Pay Money It Paid For Her...

Kaizer Chiefs Fans Demand For Itu Khune To Be Fired After...

Ramaphosa: “No Price Can Be Put On Human Life”

Striking City To City Drivers Will Be Paid Back Deducted Salaries