Minister in the Presidency Jackson Mthembu, who died of Covid-19-related complications on Thursday, had been due to testify at the Zondo commission about alleged state capture that took place during his tenure as the ANC chief whip in Parliament.

Mthembu, who is going to be laid to rest today in his home town Emalahleni in Mpumalanga, was the ANC chief whip from 2016 under former president Jacob Zuma until 2019 when President Cyril Ramaphosa took over. 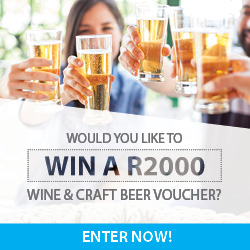 The secretary of the Zondo commission, Professor Itumeleng Mosala, confirmed in a statement that Mthembu had been due to give evidence “in the next few weeks with regard to the time when he was the Chief Whip of the ANC in Parliament”.

It isn’t clear whether or not the 62-year-old seasoned politician was going to implicate some of his comrades in his testimony.

As chief whip, Mthembu was accused by some of his ANC comrades of “colluding” with the opposition party DA to schedule a parliamentary debate on state capture in defiance of Zuma and party caucus in November 2017.

The commission spokesman, Reverend Mbuyiselo Stemela, on Saturday said he didn’t have information whether there were notices issued, as per norm, to people who were going to be implicated by Mthembu.

Mthembu was part of the CR17 campaign that lobbied for Ramaphosa to be the president of the ANC’s conference in Nasrec in December 2017. Most political commentators expected Ramaphosa to name Mthembu as his minister of communications but he was made minister in the presidency instead a position he held until his passing.

Mthembu began his political career as a student leader at Elukhanyisweni Secondary School in Witbank (now Emalahleni) during the 1976 students’ uprising and served in different party structures in the 1980s in the fight against apartheid. He also served as deputy regional secretary for the UDF in Gauteng at some stage from 1988 to 1990.

He was arrested, charged and tried along with 30 others with sabotage, treason and terrorism in the late 80s. 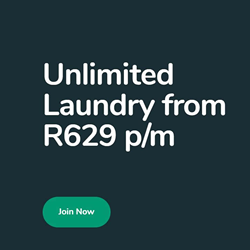 Mthembu was appointed ANC spokesperson in Mpumalanga after the party was unbanned in 1990, a position he served in, for four years before he was appointed as the party national spokesman for two years during former President Nelson Mandela’s tenure.

Later he was appointed MEC for public roads and transport in Mpumalanga in 1997 where he was criticised for splashing R2.3 million on 10 BMWs for members of the provincial executives in was then called Wabenzi scandal.

Mthembu turned to the party headquarters, Luthuli House, again in September 2009 where he served as the spokesperson until he was moved to Parliament as the chief whip. Mthembu is married with six children. His eldest daughter committed suicide in March last year.

Chanting And Singing As The EFF 2nd NPA Starts (Videos)

Sho Madjozi Struggles On Getting Tested For COVID-19