The DA is gunning for the Minister of Mineral Resources and Energy, Gwede Mantashe, saying he should be fired after his foundation was caught in a financing scandal.

Mileham based his comments on weekend news reports that a company belonging to Caswell Mokoena, the Mantashe Foundation’s chief operations officer, scored several payments from Voltex and R935 000 went to the foundation. He said that although nothing was untoward, he wanted President Cyril Ramaphosa to relieve Mantashe of his duties as a minister as there might be a conflict of interests.

“Further muddying the waters is the fact that another Bidvest subsidiary, RoyalMnandi Duduza, was the beneficiary of a catering contract in excess of R600 million to feed workers constructing the Medupi and Khusile power stations. Mantashe’s wife, Nolwandle Mantashe, was a director of RoyalMnandi. Minister Mantashe’s own involvement with these power stations is equally questionable,” Mileham said.

“He was secretary-general of the ANC during the Chancellor House/Hitachi scandal – wherein the ANC’s investment arm, Chancellor House, held a 25% stake in Hitachi, a company that was awarded the (contract) to provide the boilers for the two beleaguered power stations, now long overdue and billions over budget.” 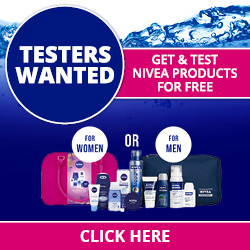 Mileham said the coincidences did not stop there. The company at the centre of the scandal says in court papers that the payments to Mokoena were related to the National Solar Water Heating Programme – a project that is administered by the Department of Energy (Mantashe’s department).

READ MORE: Jacob Zuma Has Given Zondo Commission An Offer

He said Ntlokholo was not involved in the solar water heating tender. “All of these coincidences raise serious questions about the man in whose orbit all these dodgy deals keep happening: Minister Gwede Mantashe.

“With this in mind, President Ramaphosa would be doing the country a great service by removing him from any position, including that of minister of mineral resources and Energy, where he can influence tenders or where his involvement in any way calls into question the legality and ethical management of government funds,” he said.

But Mantashe hit back and said the DA was making its call based on inaccurate media reports. He said some people served on several boards but that did mean that if the COO of his foundation was implicated elsewhere, so was his foundation.

He said the matter was between Bidvest and the person who claimed he was fired because he uncovered the payment, thus asking his foundation to comment was not fair. Bidvest spokesperson Phumi Mashigo did not respond when asked whether the company would launch an internal probe. Tyrone Seale, the acting presidential spokesperson, who was asked whether Ramaphosa was seeking answers from Mantashe, also did not respond.

President Ramaphosa would be doing the country a great service by removing him from any position where he can influence tenders or where his involvement in any way calls into question the legality and ethical management of government funds.

Mohale Motaung: “Makhadzi Is The Greatest Of All Time”

FF Plus, EFF To Latch On ANC’s Empty Promises In Lekwa

Bonang Matheba Finds A New Man; Wants To Give Him Babies...

DA Partners Students In Court Case Over Assault On Afrikaans